Let our founder, Nick Lackner, take you on a video tour.

The idea to team up with the amazing charity Bikes for the World arose as an attempt to fuse my love for biking with my desire to somehow make a lasting difference.  I saw other scouts in my troop help out by putting mile markers or benches along a bike trail near our community, but I thought I could stretch the impact of my project farther. I began to research bike charities and found Bikes for the World.  Through their website, I realized how many old bikes are collecting dust in area garages, basements, and sheds and how rewarding it would be for people to be able to ship their old bikes to others who could truly use the bikes to their full potential. 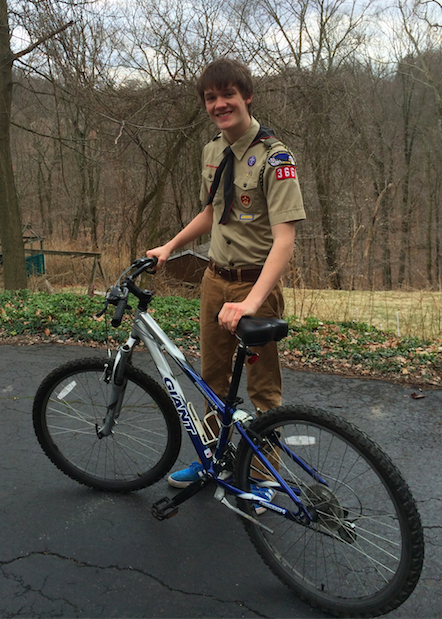 I got excited as I read the success stories from other collections and saw the sheer impact they have made to people’s lives across the world.  The story that really drove me to finally concrete the plan to hold a collection was the story about Alex, a 43-year-old cocoa farmer from Bodaa, Ghana.  Alex’s farm, his only means of income, is about 8 kilometers from his house and family.  Since Alex had no means of transportation, he would have to walk 8 kilometers to his farm and back everyday wasting valuable energy and time.  After receiving one donated bike from a bike collection, Alex can now cut his commute by two to three hours. What looks like a simple 2-wheeled metal vehicle to you and me is a life-changing machine in the eyes of another.  I thought if one bike from one collection can change one man’s life so entirely, then as a bicyclist, who has multiple old bicycles gathering dust in my garage, and as a scout, I have a duty to inform others of the dramatic impact we can make with one bicycle.

I am incredibly excited to not only work with Bikes for the World to hopefully collect hundreds of bikes to change lives, but also to hold the first ever collection of its kind in Pittsburgh.

Stories and Pictures from the Event

Here’s Louis’ recounting of the great things that happened during his collection drive.

I realized early on that the reporter from the Gazette mixed up the times and although I got him to make the correction, I doubted anyone would see it so I just began setting up at nine and accepted bikes along the way. At twelve a lot of my volunteers showed up and by the end of the day about 30 people showed up to help out. 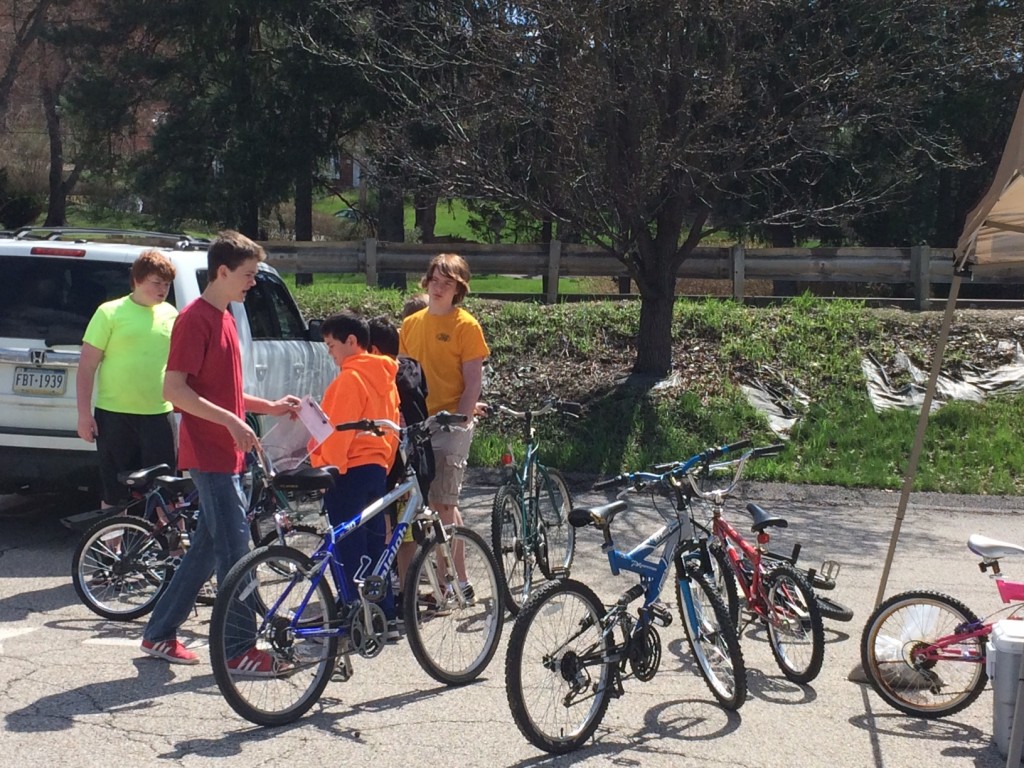 Nearly 30 Volunteers Made Light Work of the 125 Bicycles Collected

The scouts had a great time looking at the vast range of bikes.  We received a three speed bike from the 1950’s, which my dad really liked since it was produced in the British town where he grew up.  We also received a bike with a built in speedometer, which all the scouts loved to the point where for several hours they refused to process it. We also received a ton of children’s bikes. 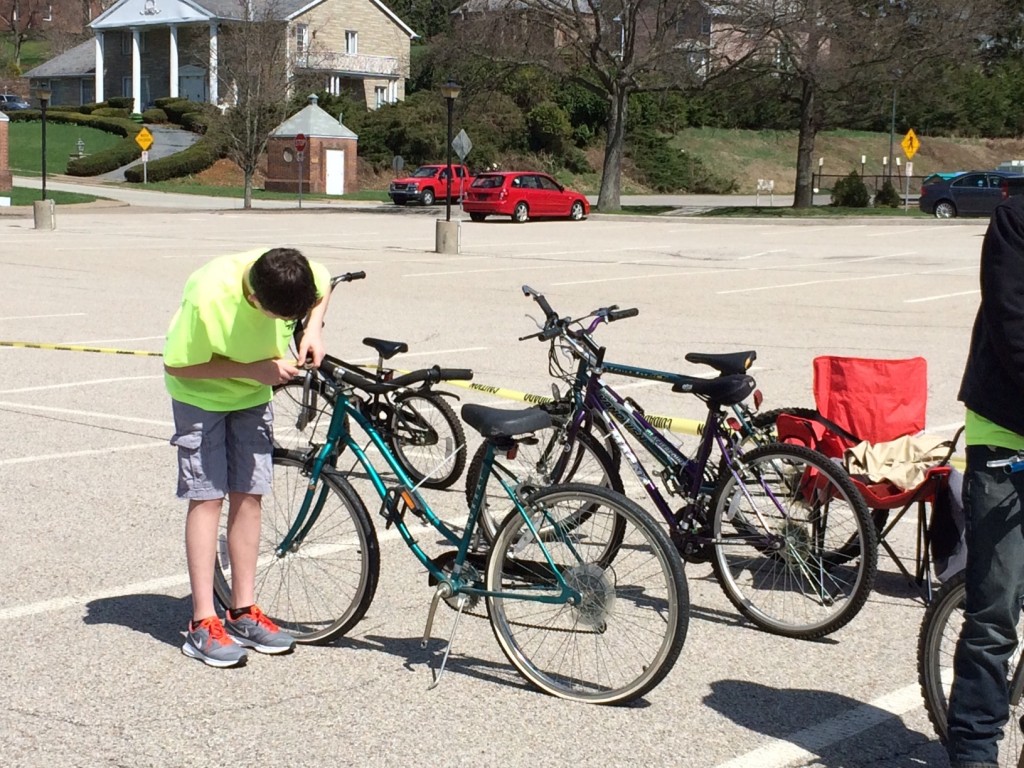 One of the Many Bicycles Collected Getting Prepared for Shipment Overseas

Overall, we collected 124 bikes! I also got some calls last night so a few more may be trickling in to the storage center later in the week. Although we did pack the truck as efficiently as possible due to the shear number of bikes we had to make three trips to the storage center. They were incredibly helpful there and helped us unload all the bikes in a really efficient manner.

Thank to everyone for all of the help I received throughout this process. Without your help, I doubt that this collection would have been as successful as it was.  I am truly grateful for all the advice that you gave me and I am glad we could collect so many bikes that will truly change the lives of hundreds of people. 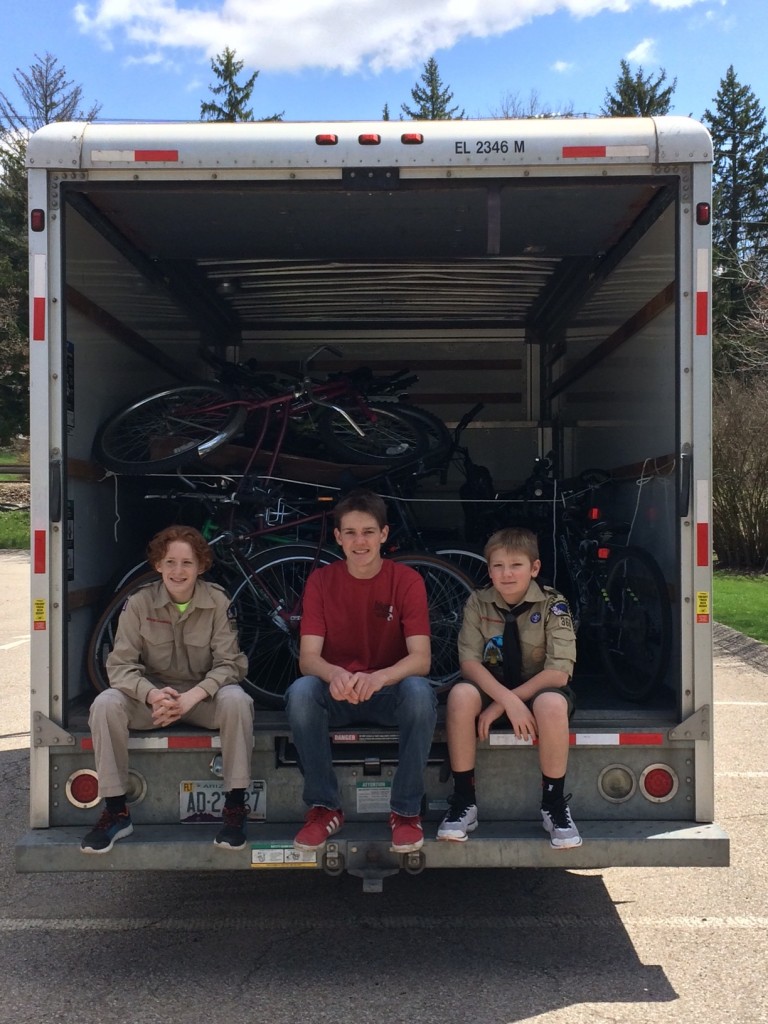 What was City Center Self Storage’s Role?

City Center Self Storage is the center of operations for Bikes for the World in Pittsburgh.  Our founders love cycling and our location right on the Three Rivers Heritage Trail make this a natural charity for us to support.  We provided the truck for the collection and all of the bicycles collected by Boy Scout Troop 366 are being stored at our facility until there’s enough to fill a cargo container for shipment overseas.  Click here to learn more about how our Pittsburgh self storage facility supports Bikes for the World.

“Donating a used bicycle can have a profound impact,” said Keith Oberg, Director of Bikes for the World. “In the United States, most Americans view their bikes as recreational. In developing countries and rural areas, bikes mean mobility, and that is a powerful gift.” 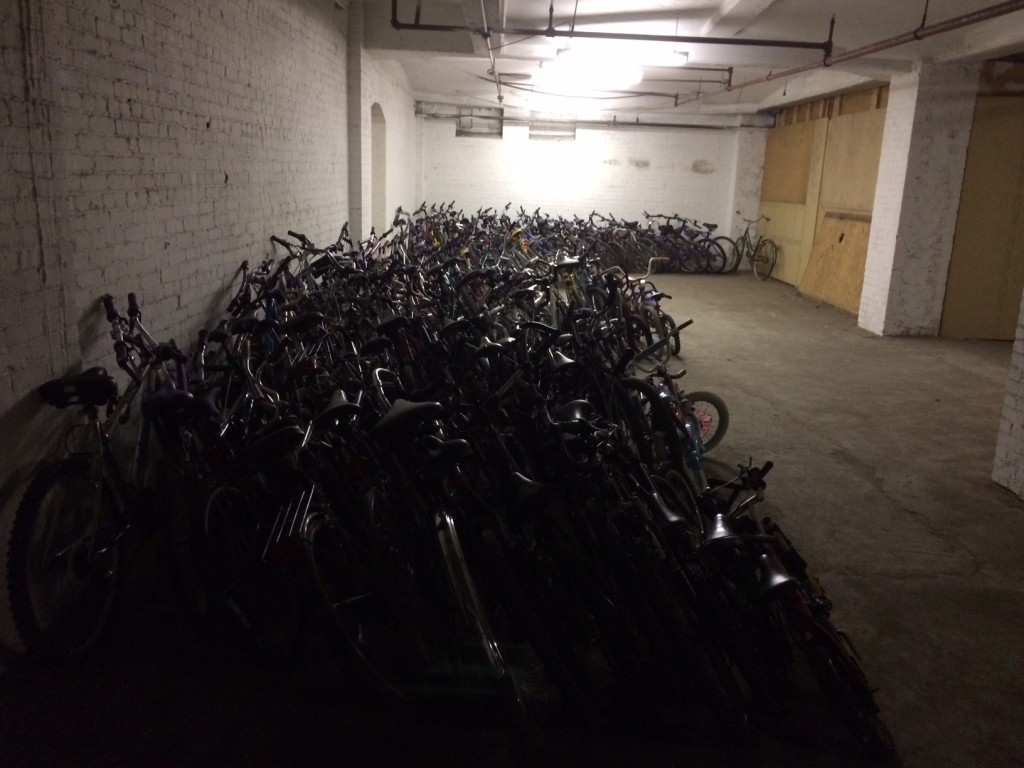